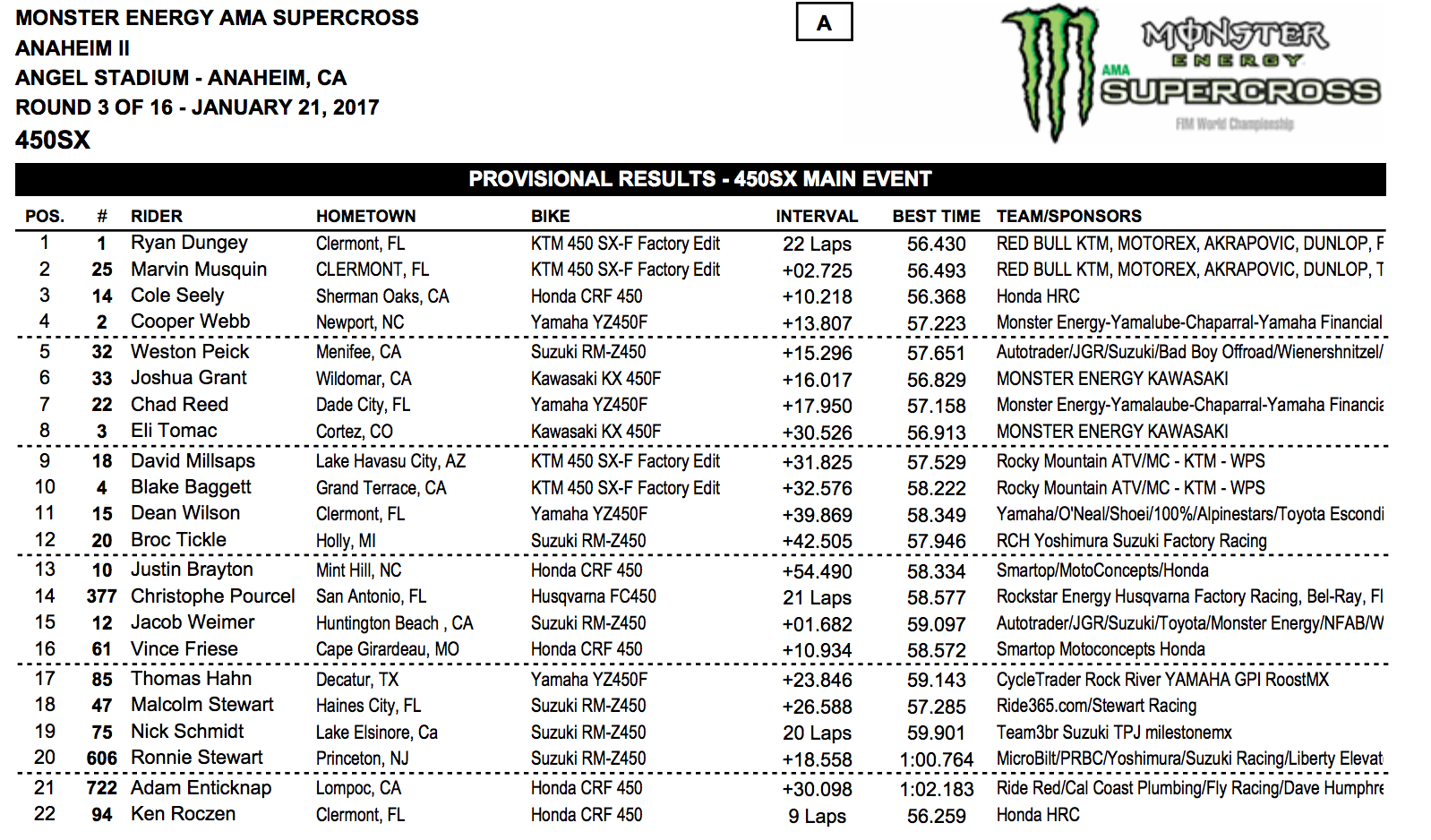 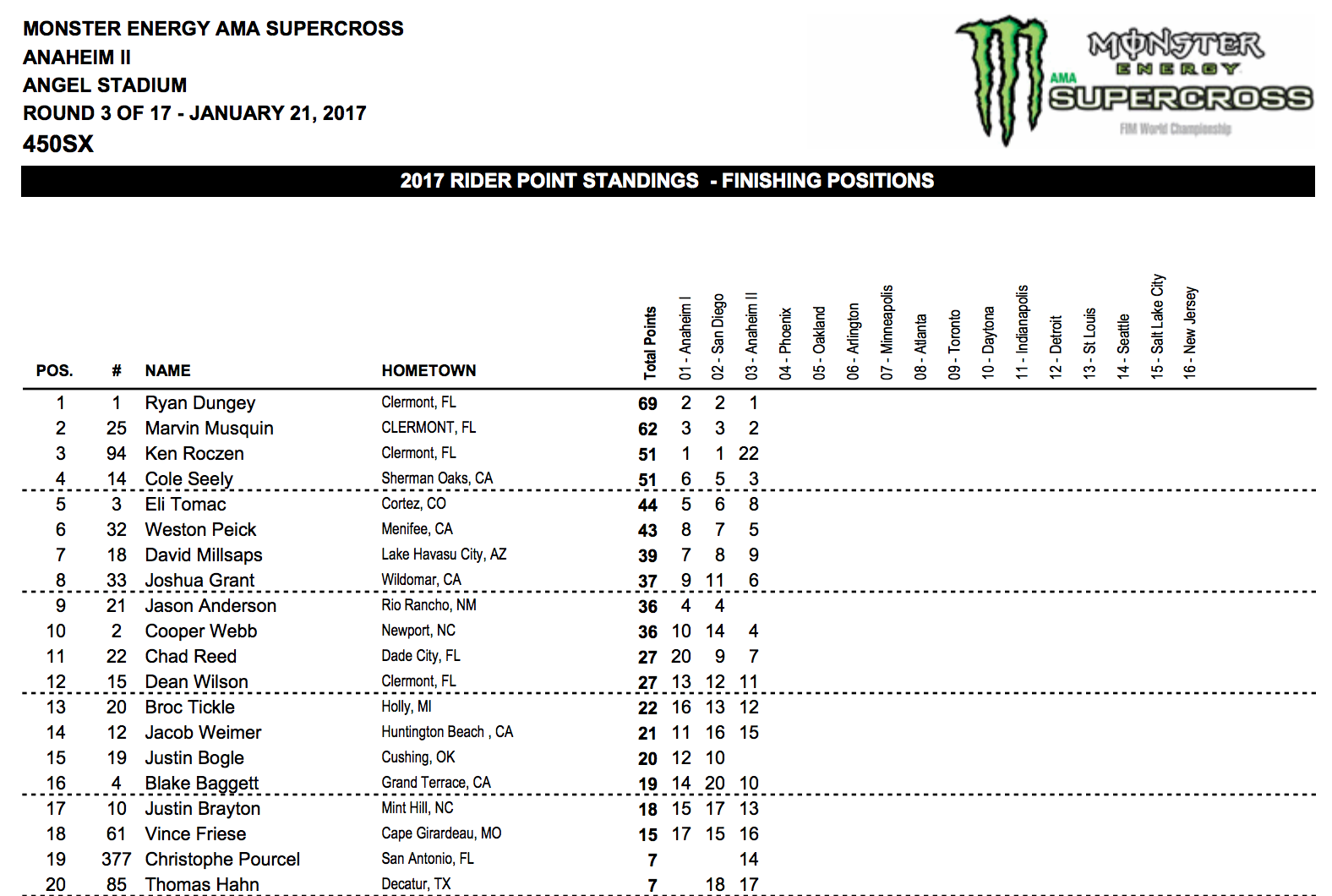 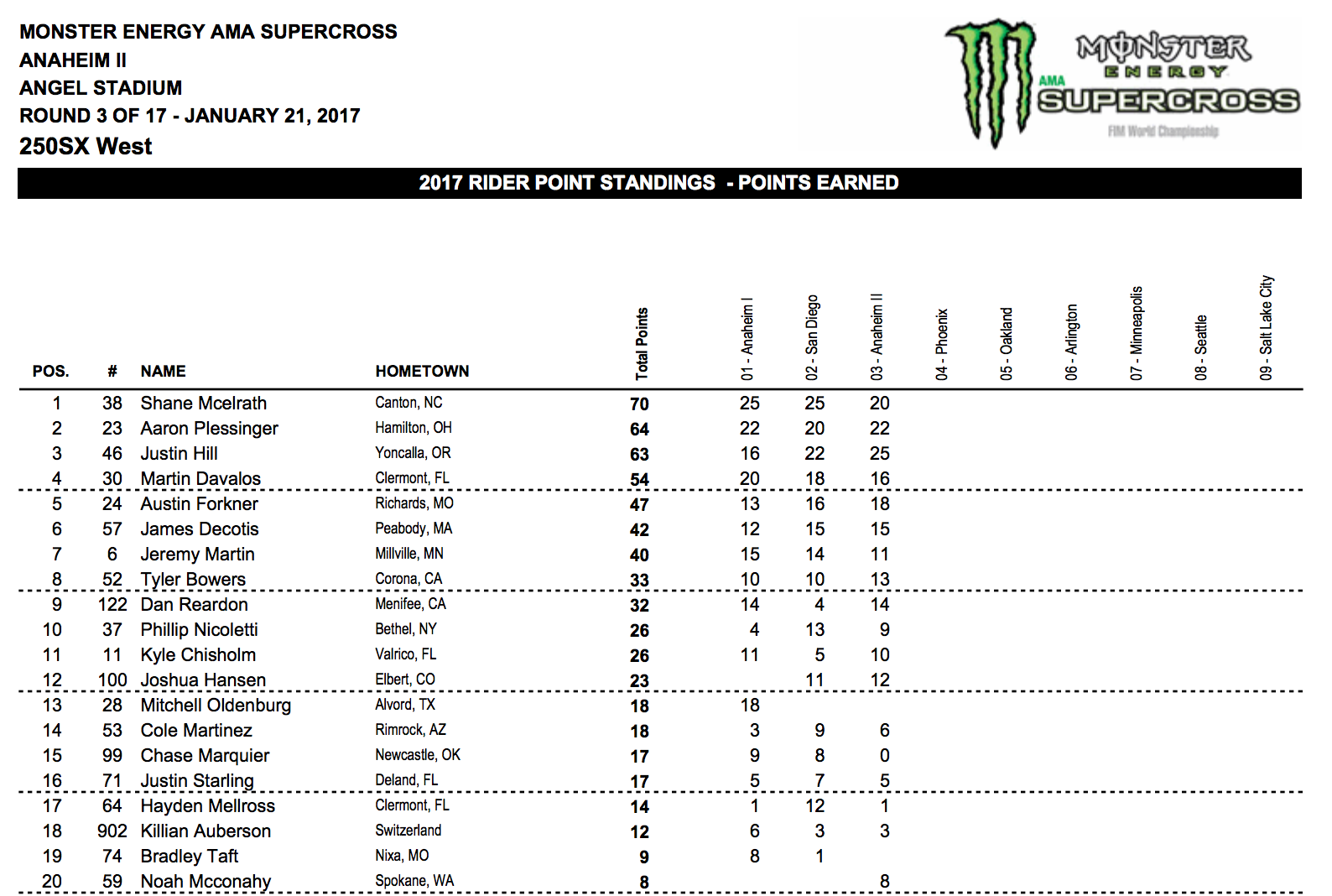 It was a rough start to the evening for the Red Bull KTM Factory Racing 450 riders as both Ryan Dungey and Marvin Musquin were forced to enter the semi-final race after experiencing bad luck in the heat races. Musquin lined up in 450SX Heat 1 where he jumped into a 3rd place position on the opening lap. However, on lap three Musquin got caught up in another rider’s crash and went down, ultimately running out of time to make a qualifying position from the heat race.

Dungey didn’t experience any better luck as he went down on the opening lap of 450SX Heat 2. As a result of the crash, Dungey was unable to continue on due to a problem with his throttle body harness.

Both Musquin and Dungey were seeded into 450SX Semi 1 amongst a full slate of heavy-hitters in the class. Musquin got off to a good start, eventually making his way into the lead on lap two. From there, Musquin held a strong pace to capture the Semi 1 win. Dungey got off to a mid-pack start but the defending champion climbed his way up to ultimately finish 3rd en route to the Main Event.

Main Event
Despite 13th gate pick for the Main Event, Dungey was able to get a great jump out of the gate to battle for the holeshot and assume the early lead aboard his KTM 450 SX-F FACTORY EDITION. Musquin didn’t get the best jump but he settled into the 5th place position on the opening lap.

Musquin immediately began picking off riders where he put himself into 3rd place around the halfway point. Musquin was then able to get around Cole Seely for the 2nd place position where he set his sights on his teammate Dungey out front. Dungey put forth a solid performance throughout the 22-lap Main Event, where he earned his first victory of the 2017 season at Round 3, thus taking over the championship points lead in the class.

Dungey: “I’m thankful to get this win earlier in the season rather than later. Tonight was testing for me – first the throttle broke in the heat race and then my start in the semi wasn’t too great but we were able to end the night on a good note. The Main Event was tricky, the track was nasty but I’m surprised with the rain that it was as good as it was. There were a bunch of kickers so I was just focused on hitting my lines and marks. Overall, with all the adversity we faced I’m glad we could come away with the win tonight – it was a hard-earned one!”

Musquin captured his third podium of the season to maintain his 2nd place position in the championship point standings, where he sits only seven points behind Dungey after three rounds.

Musquin: “All I can say is ‘you gotta do what you gotta do.’ Both of us went to the semi-final but still qualified to the Main Event and proved we can still be on the podium after going to the semi. Once again at the beginning I wasn’t as good as the end but I tried to stay calm and keep up with those guys. Roczen got around me and had a big crash so after that I tried to switch up my line to stay smooth. I wasn’t too far from Ryan but he was already gone at the beginning so 2nd place wasn’t too bad for me and a really good night for Red Bull KTM.”

250SX West Class
Shane McElrath powered his KTM 250 SX-F FACTORY EDITION into a top-five position off the start as he battled his way through a hungry pack of front-runners. Beginning in the 4th place position, the two-time race winner engaged in a battle with Austin Forkner early on where he made the pass for 3rd place on lap five. From there, McElrath pushed ahead to maintain a solid podium position for the remainder of the race.

With two wins and a 3rd place finish behind him, McElrath continues to hold the 250SX West points lead heading into the next round.

McElrath: “Everyone was going fast and I was giving it everything I had – and tonight that was 3rd place. Coming into this championship race (with the points lead) has been a whole new thing for me. It’s something that we can’t be anything but thankful for today – we still have the red plate and the points lead. I’m looking forward to continue building, we’re still learning and we’re going to be ready to fight next weekend.”

Page load link
We use cookies on our website to give you the most relevant experience by remembering your preferences and repeat visits. By clicking “Accept All”, you consent to the use of ALL the cookies. However, you may visit "Cookie Settings" to provide a controlled consent.
Cookie SettingsAccept All
Manage consent

This website uses cookies to improve your experience while you navigate through the website. Out of these, the cookies that are categorized as necessary are stored on your browser as they are essential for the working of basic functionalities of the website. We also use third-party cookies that help us analyze and understand how you use this website. These cookies will be stored in your browser only with your consent. You also have the option to opt-out of these cookies. But opting out of some of these cookies may affect your browsing experience.
Necessary immer aktiv
Necessary cookies are absolutely essential for the website to function properly. These cookies ensure basic functionalities and security features of the website, anonymously.
Functional
Functional cookies help to perform certain functionalities like sharing the content of the website on social media platforms, collect feedbacks, and other third-party features.
Performance
Performance cookies are used to understand and analyze the key performance indexes of the website which helps in delivering a better user experience for the visitors.
Analytics
Analytical cookies are used to understand how visitors interact with the website. These cookies help provide information on metrics the number of visitors, bounce rate, traffic source, etc.
Advertisement
Advertisement cookies are used to provide visitors with relevant ads and marketing campaigns. These cookies track visitors across websites and collect information to provide customized ads.
Others
Other uncategorized cookies are those that are being analyzed and have not been classified into a category as yet.
SPEICHERN & AKZEPTIEREN
Nach oben