It has been a memorable year in MXGP in which Herlings has truly endured the highs and lows of motocross, and despite sustaining a collarbone injury mid-season, the KTM star has dominated the majority of races during 2018. The 24-year-old clinched his first FIM MXGP World Championship victory at the penultimate round of the series with an incredible 14 1-1 moto finishes so far this season. As celebrations for Herlings’ fourth world title win are on-going, KTM is pleased to launch the KTM 450 SX-F HERLINGS REPLICA in the Dutch racer’s honor. Herlings unveiled the bike this morning in Valkenswaard, The Netherlands – the venue of many victories for ‘The Bullet’, during a media event.

The KTM 450 SX-F HERLINGS REPLICA is a limited quantity European model and will be arriving in dealers in January 2019. This factory-looking dirtbike enjoys an array of upgrades over the standard model including an Akrapovič Slip-on silencer, Hinson factory clutch clover and fuel tank with machined fuel tank cap.

The bike, which is the most READY TO RACE machine on offer in KTM’s motocross line-up, boasts Factory wheels with anodized hubs, a Factory triple clamp, a composite skid plate, a Factory seat with Selle Dalla Valle logo, a front brake disc guard, a Factory start device for the fork, and an orange rear sprocket. This 4-speed model also has unique Red Bull KTM graphics with Herlings’ design and a factory-looking orange frame.

“I was so pumped when I was told there would be a KTM 450 SX-F HERLINGS REPLICA. I’ve been with KTM all the way through my career, and we’ve worked through the hard times and celebrated a lot together – we are a family, not just in the paddock, but back in Austria too, so this bike is really special to me. This year has been incredible for us with the results, and even with the injury I was able to come back strong and win the championship. To do it in front of my home crowd was amazing. It’s an honor to have a bike out there replicating my race bike – I hope the customers out there really like it,” said Jeffrey Herlings.

Herlings has won 31 from 38 motos so far this season to take the MXGP series’ win, while teammate Tony Cairoli secured second in the standings ahead of the final round in Imola, Italy.

“Jeffrey’s season is a great story and he has been outstanding – we are proud to see him take the FIM MXGP Motocross World Championship title win. Towards the end of last season he was so strong, and also winning the race in America was a highlight for him, but this year has just been immense. Following on from the CAIROLI REPLICA we released some years ago, we wanted to honor Jeffrey’s achievements with the KTM 450 SX-F HERLINGS REPLICA. This model has a special specification with Herlings’ design and is a great package for European riders looking for the ultimate READY TO RACE machine,” commented Joachim Sauer, KTM Senior Product Manager Offroad. 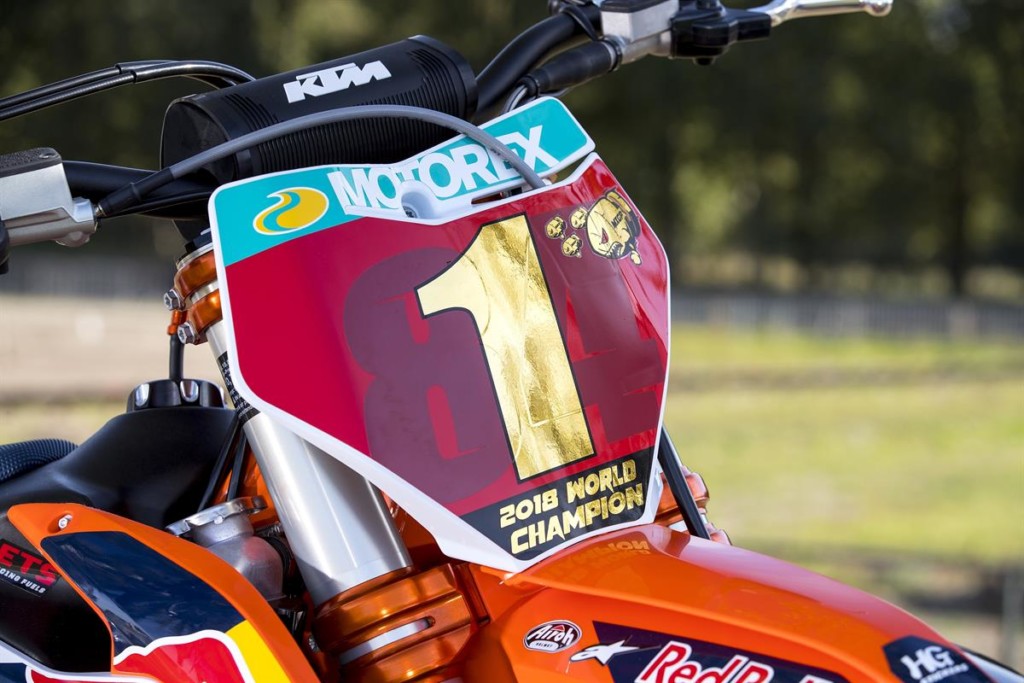 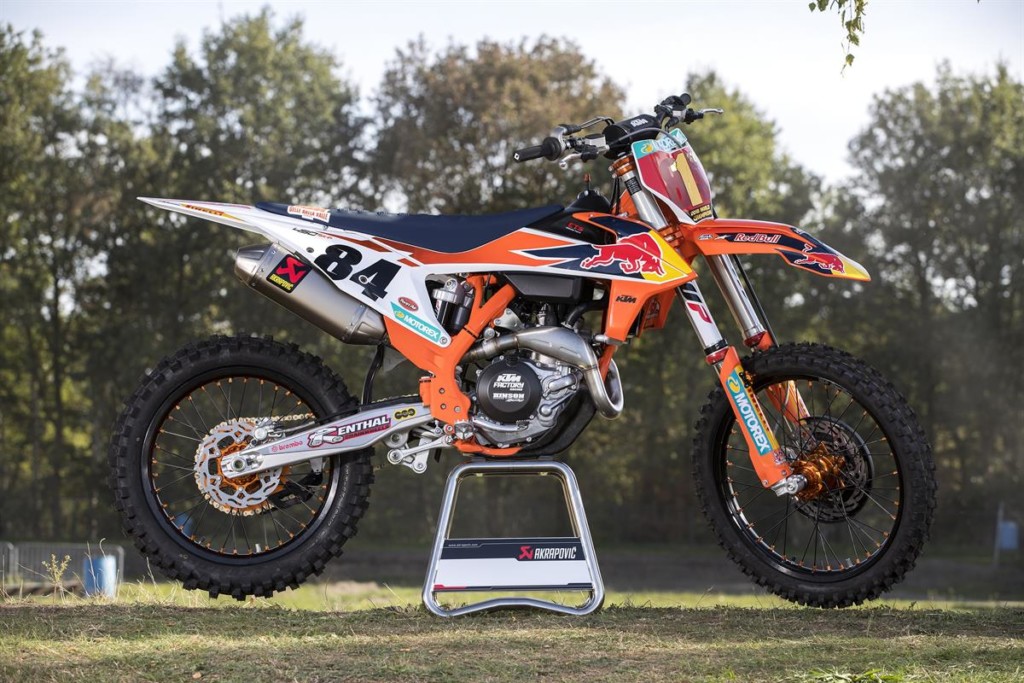 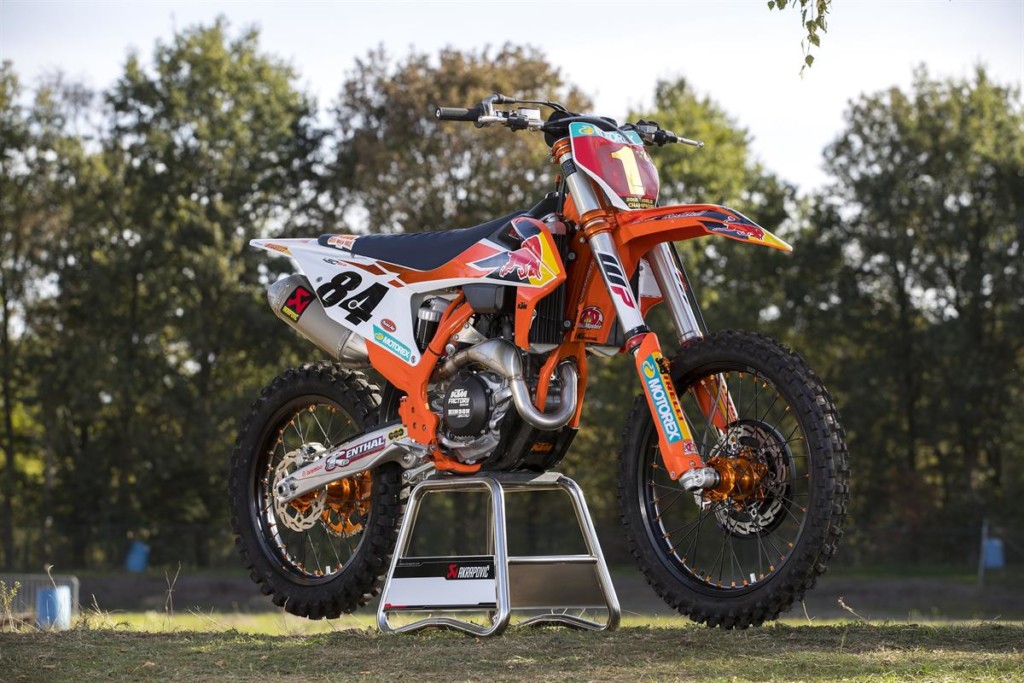 Page load link
We use cookies on our website to give you the most relevant experience by remembering your preferences and repeat visits. By clicking “Accept All”, you consent to the use of ALL the cookies. However, you may visit "Cookie Settings" to provide a controlled consent.
Cookie SettingsAccept All
Manage consent

This website uses cookies to improve your experience while you navigate through the website. Out of these, the cookies that are categorized as necessary are stored on your browser as they are essential for the working of basic functionalities of the website. We also use third-party cookies that help us analyze and understand how you use this website. These cookies will be stored in your browser only with your consent. You also have the option to opt-out of these cookies. But opting out of some of these cookies may affect your browsing experience.
Necessary immer aktiv
Necessary cookies are absolutely essential for the website to function properly. These cookies ensure basic functionalities and security features of the website, anonymously.
Functional
Functional cookies help to perform certain functionalities like sharing the content of the website on social media platforms, collect feedbacks, and other third-party features.
Performance
Performance cookies are used to understand and analyze the key performance indexes of the website which helps in delivering a better user experience for the visitors.
Analytics
Analytical cookies are used to understand how visitors interact with the website. These cookies help provide information on metrics the number of visitors, bounce rate, traffic source, etc.
Advertisement
Advertisement cookies are used to provide visitors with relevant ads and marketing campaigns. These cookies track visitors across websites and collect information to provide customized ads.
Others
Other uncategorized cookies are those that are being analyzed and have not been classified into a category as yet.
SPEICHERN & AKZEPTIEREN
Nach oben